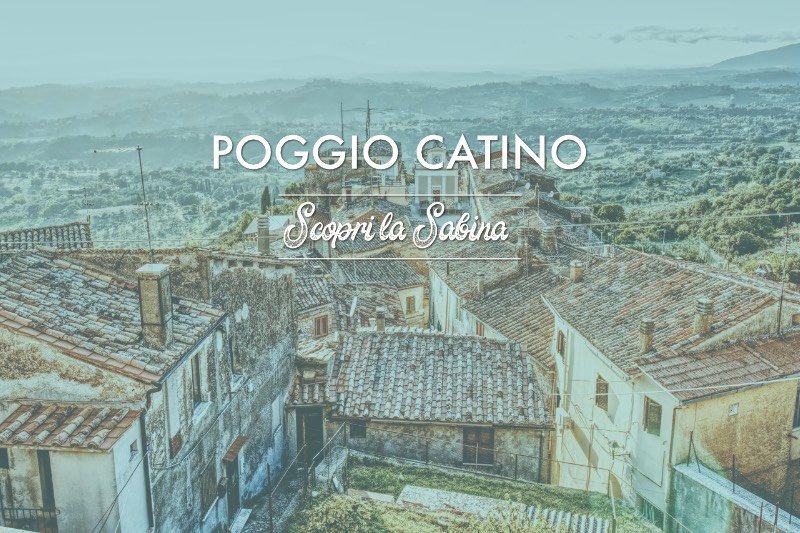 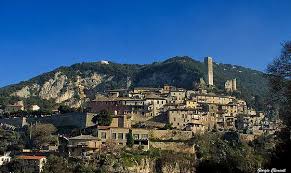 In the heart of the green Sabine Hills, among thick woods and olive groves, the small village of Poggio Catino stands alone on a hill. The inhabited area is located on the southwestern foothills of the Sabini Mountains at an altitude of 387 meters. One of the characteristics of this village is that it is divided into two separate urban centers, and only 900 meters away from each other. These are Catino and Poggio Catino itself, belonging to the same municipality.

For those coming from Poggio Mirteto, Poggio Catino appears immediately recognizable for the very high and suggestive pentagonal tower dominating the adjacent hamlet of Catino. The tower is the source of many legends, some of which speak of ancient misdeeds.

What to visit around Poggio Catino

In the hamlet of Catino which, as we said, is located a short distance from Poggio Catino, we find the picturesque ruins of the Rocca or Castello di Catino, located overhanging the southern side of a deep sinkhole. An excursion of about two hours will allow you to reach the evocative Hermitage of San Michele, hidden in a cave which, according to an ancient legend, was the lair of a terrible dragon, defeated by the same saint.  Within a few  kilometers there are also the medieval villages of Casperia and Roccantica, among the most beautiful in Sabina. Finally, it should be noted that near Roccantica is the limestone chasm of Revotano, which visit can be combined with that of Poggio Catino.

The origins of Poggio Catino

The origins of Poggio Catino date back to the end of the seventh century AD, when migrations of groups of families and Lombard clans settled in these lands, building the first small towns and inhabited centers. In any case, we know that the area where today’s town stands was already known in Roman times. In fact, as is well known, the Romans built country residences throughout the Sabina area. Testimony of this are the Terme di Silla (known in English as Sulla), located near the cemetery of Poggio Catino. There is still no certainty that the spas had really belonged to Sulla but, in any case, we know with certainty that the Roman presence in this area was not just a passage.           The historic centerIn the small historic center of Poggio Catino, both the Church of Sant’Agostino and the Church of Santa Maria dei Nobili are certainly worth a visit. Among the other important monuments in the village we can mention the Church of San Rocco dating back to the fourteenth century. This single nave has a clock on the facade. Inside the apse decorated with 15th century frescoes. Palazzo Oligiati is also interesting, where the municipalitybuilding is currently located.