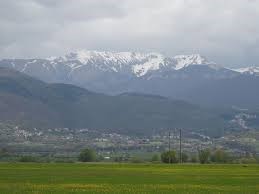 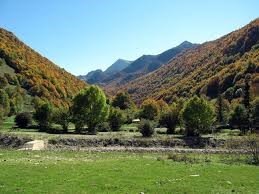 Alright, off we go again on our continuing adventure in the mountainous, pretty-much untouched area of Lazio – Province of Rieti. Last time we did a deep history dive of the Province, as well as explored the man-made lake of Lago del Turano and its surrounding resort area; this took us about one and a half hours north east of Rome, through mountains and on winding roads, enjoying spectacular scenery, and some scary curves!

This go-round we are headed in the same general direction, waving at a distance at Lago del Turano, going northwest of the lake, heading toward L’Aquila, but to the specific mountain area of Monte Terminillo. At 2,200+ meters (7,200 ft.) it is located in the Samnite Apennine range, and as you may imagine, think ski! Two reasons to take this road trip – Sunday drive from Rome, or serious outdoor sports, read that trekking, hiking, and/or skiing. Now, relax, this time the road is a lot less scary – via Salaria (bis) divided all the way, more north than east. GrandRaccordo to SS4 (Salaria), a bit past Rieti, capital city of the province. Of course, as per usual, we will do a bit of history first.

Remember, this is where the “wild” Samnites came from so we drive through mountainous countryside all the way – small villages here and there, a few small towns, road service areas. The ancient Romans were attracted here (known to them as Mons Tetricus) as an escape from the congested and hot city – the poet Vergil mentions the mountain, as well as the counsul Silius Italicus, and the author Terennzio Varrone (see, I said you would learn some history)  – but also known for its shepherds and woodsmen , not to speak of coal, snow and ice miners. Yes, that’s right, snow and ice to keep everything cold. Suffice to say even then it was out of the way. Over the centuries, through the middle ages, renaissance, Italian unification, and touching into the 20th century, our Monte Terminillo was and is a residential and sport vacation spot. World War II Italian politics even dictated the hotels where people stayed. But…..more on that later. Gradually, many royal and noble Italian families, (even from the north) but most especially f 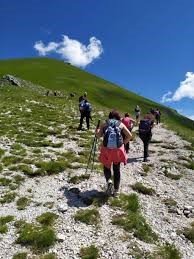 rom Rome and environs, built villas to enjoy the privacy and the weather. The mountain became a center of trekking, climbing, and tour-guided walking. Not having come across any specific ancient notations to that effect, I cannot claim that the ancient romans were into this type of mountain fitness, but I can’t imagine they would pass it up!

Now, the real fun starts – during the early 1930’s, the fascist government wanted to establish a mountain sport center, to match an existing marine sport center at Ostia, on the Tyrrhenian Sea, built on the ruins of the ancient roman seaport. To open the mountain and surrounding area to travelers, the Via Salaria (bis) was completed from Rome at this time. This actually overtopped the ancient roman consular road, which provided the way to transport salt (sale, ha ha) from the northern mines to Rome.

New and different this time was the planning and realization of a cable railway (several in fact), making possible enjoyment of the views as well as ski lifts to add to the sport mix. Resort hotels sprung up to accommodate the winter and summer crowds on the mountain side. Pian de Vali, Campoforogna., Leonessa (summit of the mountain) were and are a few of the gathering spots on the mountain.

Now you know with our Blog, you always get a heavy dose of history —–so here it comes! There were two posh hotels in the early days of Terminillo – the Savoy was preferred by the royalty and semi-royal elite, and the Roma was preferred by government officials. The class system was alive and well. Sections of both these hotels still stand and are 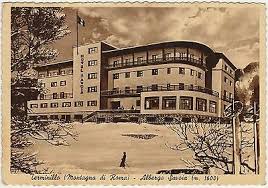 in use as apartment residences or renewed hotels. The former owning families still own businesses in Terminillo to this day. 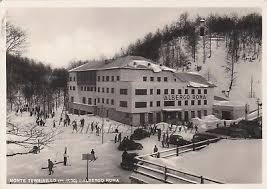 Another unusual fact about this area also comes from the World War II era; many of the elite and wealthy families sent their children out of Rome for safety as the war went on, and they hired German tutors to supervise the education. As a result German is sometimes heard here, although not frequently.

Today? Well, Terminillo is going strong as a ski resort, with many places to stay, and 4 lifts and 9+ kilometers of slopes.

For those from central and/or southern Italy, Terminillo’s location is a real plus – a shorter drive than to the alpine or dolomite areas. It does not have the luxurious reputation of some of the northern resorts, but many from this section of Italy are attached fondly to it, and like it better for this reason.

Besides offering some 9 kilometers of ski trails, in four different skill levels, Monte Terminillo offers some unique sport and fitness activities. The Sentiero Planetario is a hiking trail designed as a map of our solar system, in solid figure, physical form, set in relational 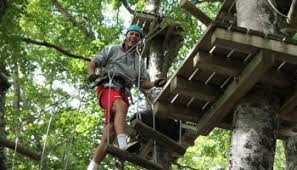 positions on the side of the mountain. There are explanatory boards for each planet, and is enjoyed summer and winter by hikers and skiers alike. Fondo Cinque Confini provides cross country ski trails and special snowboarding areas. Squirrels’ Park is a zip line and aerial adventure park – for all kids at heart – you’ll never get them out of here!

On a quieter note, the Church of San Francesco, a modernist structure built in the 1950’ in the Franciscan spirit which has filled the mountain since medieval times. This church is one of four Franciscan sanctuaries, part of the 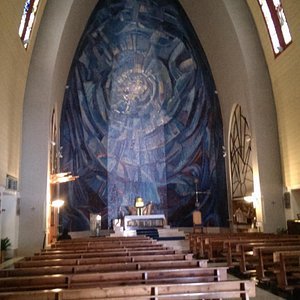 Way of St. Francis winding about the foot of the mountain. The Comune of Rieti nearby offers a medieval city atmosphere, in modern form, with great restaurants, architecture, and shopping.

If you are into bicycle racing, you may be interested in traveling to Leonessa at the summit of the mountain – the Giro d’Italia comes through here in the late summer. Having driven up the SS4 highway near Terminillo I can’t imagine riding a bike up that same ascent. Whew!

The usual star spread of hotels dot the area, so you won’t struggle to find a place to make you happy, but I wanted to just bring an idea to your attention — most of the current hotels, as well as the restaurants have some kind of attachment to their historic forebears, either a renovated building, or family ownership connection, or pieces of old buildings used anew in recreated ones, especially interior detailing.

Because of the ski and sport resort nature of the area, most restaurants are informal in nature, and the food for the most part is typical of the mountains. There are a few somewhat upscale offerings, however, for example the Togo Palace Restaurant directly on the main piazza (Zamboni – one of those families!), or the much more informal Bar Terminillo, also in the center of town, as well as Bar Roma (familiar name and familiar owner). 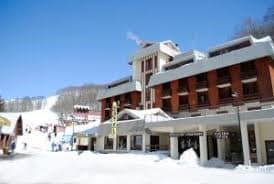 When you come to Italy, do not neglect the Rieti Province and in particular the Sabine mountain town of Terminillo. Whether you are a sports enthusiast or simply a lover of simple country life, you will have unique stories to tell to your more tourist- oriented friends and family.

THE WILD HILLS OF THE SABINA At the beginning of our blog journey together ( 3 years ago) our geographic parameters were set at the Italian region of Lazio, to the borders of Tuscany, Abruzzo, Latina,...
Read more
June 25, 2020