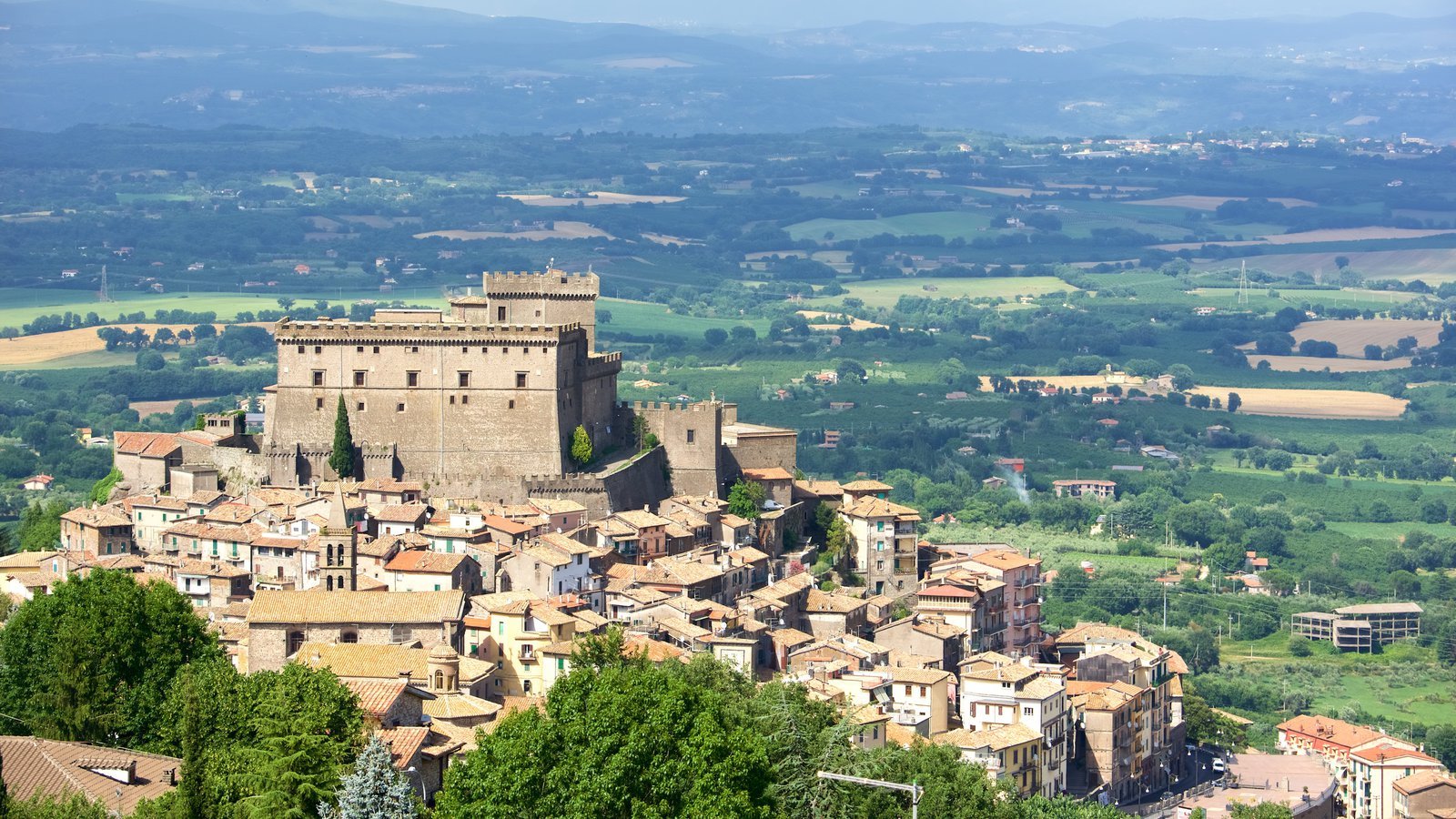 We present here an interview with an Australian couple who purchased a holiday home in Soriano nel Cimino, Lazio. (see our blog detailing Soriano) They have shared their experiences with us about doing an international real estate transaction in Italy. It’s a very personal, witty, accessible and fascinating tale which takes the experience out of the realm of “maybe, just maybe” to “I think I can”.(just like the Little Engine That Could)

What started your thinking about buying in Italy? Dreams / reality/ combo?

A series of life events led to what has become a part of our lives. We had visited Italy several times as tourists; we started to learn the Italian language, and of course that meant to practice the language you need to return to Italy; a life changing event, namely illness, intervened and, after recovery and a small insurance pay out, it seemed that it was time for some “insanity”. Buying a property in Italy was just that total sense of “throwing caution to the wind”. But to be truthful, we knew buying a property in Italy was possible because a friend had done it.

Around the time the search began one of us was retired from full time work, and the other a self employed person who employed other professionals, while we headed off to Italy to see what we could buy.

How did you pick the area of Italy?

Before the search began in earnest we did lots of thinking, and deciding about where we would look, what we could afford and what we really wanted, this latter part entailed 10 (wishful) criteria. After the big ones of general location and budget, the criteria ranged from a real Italian town with at least two or three restaurants and plenty of bars, fresh food shops,  to no renovation, not too provincial a town, and more or less 2 hours from Rome, with access to train lines north and south.

After we agreed on a 2 hour radius of Rome as the zone to explore, we then we decided (after much too-ing and fro-ing) on the North probably because it meant it would be a bit easier to travel to Florence, Milan, Venice etc., but also because on a previous trip we had explored the zone known as Tuscia in the province of Viterbo and had fallen in love with the medieval City of the Popes, Viterbo, like something out of a  history book. In addition, we discovered that the zone was full of Etruscan history and sites, something that held a great deal of interest for both of us (see our blog “On the Etruscan Trail”) Shameless plug, we know!

The search then narrowed to Orvieto,(Umbria) with the help of an agent from the area, and online we found a few other towns between and around Viterbo and Orvieto, and then a hillside town near Viterbo, Soriano nel Cimino. We made up a list of places which ticked some or all of our criteria boxes to visit when we arrived (planned for October). Some towns that we liked the look of had to be removed because they failed the criteria especially access to public transport!  We also decided that we would look seriously for one month only, and after that just put it aside if we found nothing that we could buy and just enjoy a holiday. And so……..our search yielded ……….Soriano!

Role of your real estate agent?

Our real estate agent was critical to the success of the project.  She never spoke to us in English, but her Italian was slow and clear and the only surprise we got was a pleasant one.  She had told us the tax on the transfer was 10% but it was only 10% of the government value which was less than half the purchase price. She also helped us open a bank account and secure an Italian tax code card (codice fiscale).

We planned no renovations at all as our Italian was not good enough to negotiate with tradespeople.  After 5 years we repaired the plaster on the outside walls and repainted.  We restored the bathrooms and the bathroom rugs,  retiled the terrace and recently we replaced the kitchen.  By now our Italian is good enough to find the best and most reliable trades people by asking the locals who they recommend.  All jobs have been done efficiently and well and come in exactly as quoted.

We did not need any finance.  Once the funds from Australia arrived in our Italian bank account it was no problem to get an Assegno Circolare (bank cheque) to pay for the property. The bank is very easy to deal with and far more personal than a bank in Australia.  Most bills for electricity, gas, water and telephone can be debited directly from the account.  We have found a good accountant who uses the same bank, and we have given him an authority to pay the city tax fees which cannot be directly debited.  He charges a small yearly fee for this.

What was your goal – what did you want to accomplish?

We wanted a holiday house not a permanent home. Goal is probably too strong a word. Folly maybe? It was never intended to be a permanent home, but a home nonetheless that for at least 4 months of each year we could live in and be absorbed into the daily village life. It was important to us to try to learn to speak Italian and, while always from another place, to begin to understand the Italian culture of daily life, food, history, art, music etc.

Probably food was the thing that allowed us into the culture easily as food in every region of Italy is simply fantastic – the passion, the local product and pride therein, along with a depth of knowledge of traditional recipes and seasonal delicacies are an exhilarating and lovely way to slide into a culture. This in turn leads to sharing and savouring meals, talking about the food and preparation with local people.

There was no real culture shock, merely a delight in the differences and an eagerness to embrace them. I would say that our home in Soriano allows us to enjoy two lives, one in Italy where we have good friends and revel in the easy access to historical places and sites, galleries, museums, concerts and amazing restaurants, and the other with our family and friends in Australia, which is a place we know and love. As habitual travellers we explore wherever we are and never tire of the journeys, especially in Italy and Europe.